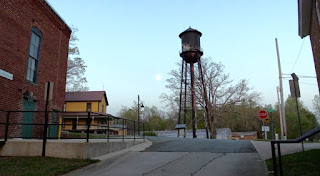 I can’t resist a good mill village and someone told me about Glencoe Mills, so I had to check it out. Glencoe Mills opened in 1882,  three miles north of Burlington, NC, producing plaid flannels until the fifties. 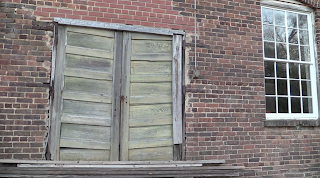 Typical of small southern mill towns, Glencoe Mills was a self contained mill village with company provided mill housing, a barber shop, and company store. It was however a much smaller operation than the Beacon mill, with 200 workers at it’s peak. After the mill closed, all of the buildings, including the houses, were abandoned. 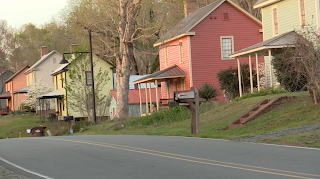 The site was listed as a historic district in 1979 and all of the buildings were bought by Preservation NC in 1997. The mill houses were later sold to private owners who restored them and the company store was turned into the Textile Heritage Museum. The brick mill buildings are currently being developed into a mixed used site.