Filmmakers Jerry Pope and Rebecca Williams have a lengthy history of working with communities across the country to collect and tell their own stories via the medium of theater. They now apply their skills in collecting, editing and conveying stories on stage to the field of documentary film making. After being awarded a Folklife Documentation Institute grant for study at the Center for Documentary Studies, they launched the Blanket Town project. They have received grants and support for the film from the North Carolina Arts Council, the North Carolina Humanities Council, the North Carolina Folklore Society, Alternate Roots and the National Endowment for the Arts. 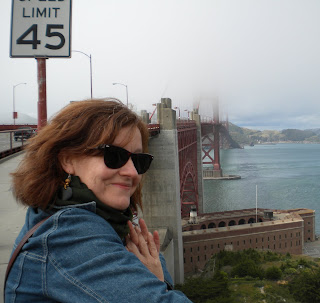 A co-founder of Serpent Child Ensemble, Rebecca has worked professionally in theater for the past 21 years as an actor, writer, director and teacher. Ms. Williams is the co-writer and director of a series of community-based folk history plays including "Cross-Ties: Folktales of the Florida Panhandle," "In Tall Cotton: the Idabel Centennial Folklife Project," and "Way Back When: Folktales of Black Mountain and the Swannanoa Valley," all based on oral history interviews conducted with local residents.


As oral history coordinator for Together We Read, Western North Carolina’s reading and discussion program, she co-wrote and produced an audio cd, Color Lines: Reading Between the Lines about Race Relations in To Kill A Mockingbird and created the exhibit Immigration: A Journey Through Pictures and Words with recent immigrants to the Asheville area. She conducted oral history interviews about agricultural traditions for Friends of Mountain History’s themed exhibit That’s a Long Row to Hoe! Edited audio excerpts from the interviews were used in museum displays at the Avery, Burke and Transylvania County historical museums.

She is also a community organizer, activist and educator who teaches community-based arts and arts integration classes at the university level. 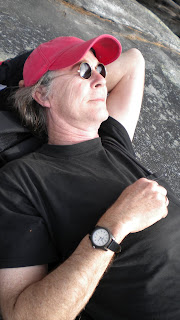 Jerry has been involved professionally with the theater for over thirty years, since co-founding the award winning American Theater Company in Tulsa, Oklahoma, in 1970.

He has written, acted in, designed, and directed over 80 plays, from Shakespeare to his own creations, which include The 1966 Cavalcade of Stars and Harlequin Homeless.

He has toured extensively in the grass roots theater movement, and directed internationally, including the Portuguese premier of Tennessee Williams’ Camino Real.

His children’s picture book, “Madeleine Claire and the Dinosaur” is available at better bookstores. His latest book, “Step Back In Time: A Walking Tour of Black Mountain,” is an illustrated guide written with Nancy Mason, which tells the history of a small mountain town through Pope's watercolors of people and buildings past.

He is a community organizer and teaches art, theater and humanities at the university level.